Hundreds of concerts, lots of timeless hits and over 20 years on the stage! Adored by the audience, choir of Gregorian invites you to a grand jubilee concert tour that will take place next year, in January 2022. We will hear the most famous songs of POP and ROCK unique music interpretations and a characteristic Gregorian sounds, the group’s rich repertoire includes songs: So Sad (Gregorian), Nothing Else Matters (Metallica), Moment of Peace (Gregorian), Join Me (HIM), Voyage Voyage (Desireless), Sadeness (Enigma), Angels (Robbie Williams), Forever Young (Alphaville) , Let Down (Radiohead), Fix You (Coldplay) and many more. Together with the group, the stage will be joined by an outstanding singer, Sarah Brightman’s younger sister – Amelia Brightman. The tour is prepared on a huge scale, and the artistic program is kept in an extraordinary Gregorian atmosphere. There will be breathtaking choreography, spectacular stage effects – with the use of fire, lights and pyrotechnics.

The Gregorian Choir was founded in the early 1990s. The original idea of ​​the famous music producer Frank Petersen – a combination of medieval Gregorian chants with contemporary POP and ROCK music turned out to be a worldwide success. The first album of the group – Masters of Chant, brought it enormous popularity – gold status in 6 European countries, and in Portugal it went platinum. The album also got on the prestigious TOP 10 list in ten countries around the world. Still on the wave of success, the band released their second album – Masters of Chant – Chapter II a year later. It turned out that the idea of ​​styling the songs to resemble liturgical singing delights the audience. The album was released in 19 countries and repeated the incredible success, winning gold in 8 European countries and platinum in Finland.

The album reached the 6th place in the TOP 10 best-selling albums, and the single Moment of Peace became a spectacular hit. Shortly after the release of the first two albums, Frank Peterson, Carsten Heusmann, Jan-Eric Kohrs and Michael Soltau began preparing for the production of their third album. As with the previous albums, the compositions are kept in the style of medieval liturgical chant derived from the Roman Catholic Church. Their repertoire includes a whole cross-section of the musical world – from Sting to Duran Duran. In addition to the Masters of Chant series, the band’s achievements include also such items as The Dark Side album, which featured heavier sounds, or Gregorian Christmas – an alternative to traditional Christmas music.

In a year’s time, in January 2022, the Polish audience will have a chance to listen to these unique songs live! We will see the greatest hits of Gregorian and exceptional stage effects during four concerts in Poland: in Warsaw, Kraków, Zabrze and Gdańsk. This spectacular Gregorian show will stay in your memory for a long time. GREGORIAN concerts are a must-see on the calendar of every music lover. We invite you to the greatest hits of popular music in the new version! 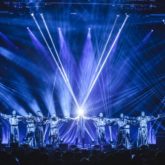 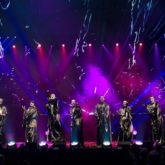 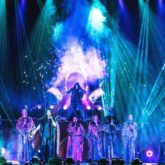 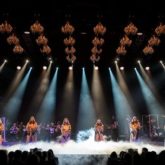 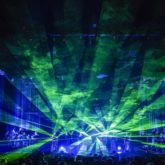 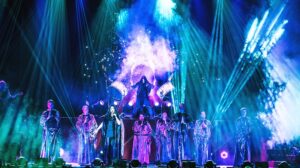