The outstanding Italian tenor Andrea Bocelli will perform in August 2021 at TAURON ARENA in Krakow. This unique artist, appreciated all over the world, returns to the capital of Lesser Poland after 4 years. His concerts have been extremely popular and tickets are sold out long before the date of the event. In Krakow, the tenor will present his very rich repertoire, which includes the most famous and the most beautiful pearls of his entire musical work. Undoubtedly, it will be a great event for lovers of opera arias and ballads of popular music. The artist will be accompanied on stage by an orchestra, a choir and exceptional accompanying guests. During the last concerts, they were among others: world-famous conductor Marcello Rota, soprano Maria Aleida, opera singer Ilaria Della Bidia and the son of artist Matteo Bocelli – who released the touching single “Fall On Me” together with his father.

Listen to his duet with Matteo Bocelli “Fall On Me” HERE.

Andrea Bocelli is an outstanding musician, soloist with over 25 years of experience. He performed the greatest music scenes in this world with the hit “Con te Partiro”, then he also performed the piece in an unforgettable duet with Sarah Brightman under the English title “Time To Say Goodbye”. Fans also love his songs, such as: “Canto della Terra”, “Vivere”, “E Più Ti Penso”, “Vivo per lei”, “Nessun dorma” or “Va pansiero”. Since then, the artist has released 16 studio albums, has sold over 90 million albums, and has gone on numerous tours. During these concerts, Bocelli performed in the most prestigious halls and places in the world, including La Scala and the Metropolitan Opera, as well as at the Eiffel Tower or at the foot of the Statue of Liberty. He also added splendor to such events as the Olympic Games and the Football World Cup.

Today Andrea Bocelli is known as one of the world’s greatest singing talents. He has won all major music awards: four World Music Awards for Best Artist in the Classical Music Category and three World Music Awards for Best Selling Italian Artist. He has also received the Brit Awards, which is the UK’s record industry award, and the ECHO award. The film about the artist’s life and work, “The Music of Silence”, was nominated for the 2018 Golden Globe Award in the Best Foreign Language Film category. The artist also has a star on the Hollywood Walk of Fame. In 2019 a new album of the world’s most popular tenor has been released – “Si”! Tenor invited the greatest music stars to collaborate on his new album. The album contains 16 original compositions, celebrating love, family, faith and hope.

The unique talent of Andrea touches the hearts and minds of millions of fans around the world, evoking an extraordinary feeling of emotion, happiness and melancholy. His great gift can be described with the words: “If God could sing, he would sing like Andrea Bocelli” – this is exactly how Céline Dion once announced the artist’s performance. The impressive tenor vocal is realized in the repertoire of both operas and beautiful romantic ballads. The type of his voice, strong timbre combined with the artist’s extraordinary interpretation make each of his concerts a top-class experience for every viewer who has the pleasure to participate in it.

The title of the master of opera music is undoubtedly a huge success. Andrea Bocelli also has the ability to play many musical instruments, which definitely enriches his already exceptional career, undoubtedly making him a phenomenon on a global scale. Over the years of his musical achievements, he has reached the tops of many charts. He has released fourteen albums, including both opera and popular music discs. From the beginning of his career, Andrea Bocelli had the honor of appearing in front of the greatest personalities of today’s world. He sang for presidents, prime ministers, ministers, princes, kings and queens. In 2021, Andrea Bocelli will perform at TAURON ARENA, in Krakow. 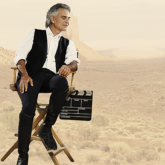 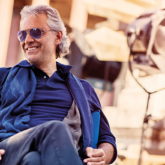 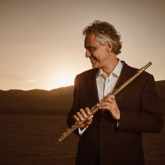 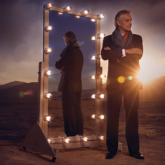