The most beloved BIG-BAND in the world will perform in December 2021, in Poland! GLENN MILLER ORCHESTRA will present songs from latest album. This year the band is celebrating the great 35th anniversary under the direction of the famous Wil Salden – they played as many as 5,000 concerts together! The orchestra works with the best instrumentalists in the world. The history of the group is extremely rich, they performed among stars such as Frank Sinatra, Johnny Desmond and Erik Delaney. Their prestigious performances are brilliant and precise sound of the instrument section, just like at the beginning of the last century during the beautiful times of the GOLDEN SWING ERA. In the original program, the scene turns into the cradle of music from the early ’30s and ’40s of the last century. During the upcoming concert tour we will hear the most famous songs from Glenn Miller as well as the group’s latest jubilee album – 35 Years Aniversary Tour. Wil Salden commented on the set list for this tour in the same way that Glenn Miller once did: ‘something old, something new, something borrowed and something blue.’ Coming back to the master’s words … these will include hits such as: Moonlight Serenade, Ain’t We Got Fun, Somewhere over the Rainbow, A String of Pearls, Little Brown Jug, At Last, You Made Me Love You, I’ve Got the World on a String, Sing Sing Sing, American Patrol, In the Mood, We’ll Meet Again, Chattanooga Choo Choo, or Pennsylvania 6-5000.

Every musician or composer dreams of creating an absolutely expressive sound that will be instantly recognizable after just the first few notes – the words of the orchestra’s founder, Glenn Miller, became a huge inspiration for Wil Salden, – 35 years ago he committed himself to the role of the Orchestra’s chief conductor. As a perfectionist, he has always required this attitude from every team member as well. It was his approach to work that made him receive the most valuable award from the audience – admiration. Everything seems to indicate that the tour will be really special.

The showpiece of the orchestra’s musical world are undoubtedly sentimental ballads such as Moonlight Serenade, note to note as Glenn Miller commanded. Elegant musicians love their emotional jazz, you can see that they really enjoy their playing. The history of the group is created by already 80 years of concert activity and achievements that inspire the artistic world. Even THE BEATLES or ELVIS PRESLEY can not boast of such a number of hits reigning at the top of the charts. GLENN MILLER ORCHESTRA has performed all over the United States, Europe, Australia, New Zealand, South America, Japan and the Philippines. At the end of 2021, Polish swing and jazz fans will also have a unique opportunity to go on a musical journey with the Glenn Miller Orchestra! 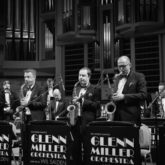 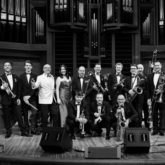 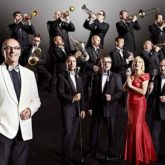 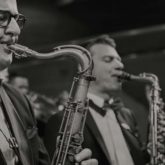 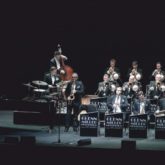 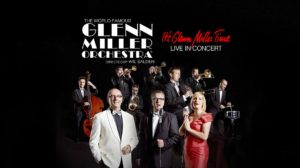