3 times nominated to Grammy Awards, 70 million of CDs sold over the world (over 100 gold and platinum discs) – these are just some of the achievement of the ENIGMA music project. On the one hand, astounding record sales and on the other, fairly unknown and mysterious faces of the performers have made ENIGMA one of the most popular and mystical music projects of recent decades. Despite such impressive achievements, the group had not staged any concerts before 2019.

The ENIGMA project, started in 1980 by a German producer MICHAEL CRETU, has attracted millions of listeners with its unique and iconic sounds beyond comparison to anything else. ENIGMA has made it to the top of the world charts more than 50 times! Their music is addictive, with a trance and at the same time extremely enthusiastic mood. ENIGMA’s success has always been an inspiration for other artists and producers, including the world-famous GREGORIAN choir band, which performs Gregorian music style renditions of contemporary pop and rock songs.

During the concerts in Poland, the band made up of the original ENIGMA voices, including ANDRU DONALDS, ANGEL X, FOX LIMA…, will perform the group’s greatest hits as part of the “ORIGINAL ENIGMA VOICES” project. The concerts will cover over 20 songs from various albums, such as: Return to Innocence, Gravity of Love, Mea Culpa, Sadness, Principles of Lust, 7 Lives, Many Faces, The Rivers of Belief, The Fall of Live of a Rebel Angel.

Members of the band experiment with different music styles, using Gregorian chants, ethnic psalms, church bells, organs and similar instruments to create very specific, ambient and at times even psychedelic sounds. Watching the concerts live will be an opportunity for direct experience with the great creative talent of the musicians.

The 2021 tour will feature an orchestra and special effects. Each song arrangement can be regarded as a separate production with music accompanied by electrifying visualizations and changing costumes of the artists, who seem to have mastered the art of professional stage reincarnation. The tour is a multidimensional show! It’s a spiritual journey into sounds, images, lights and senses! 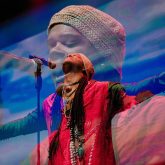 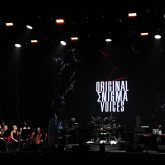 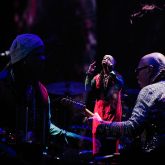 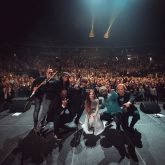 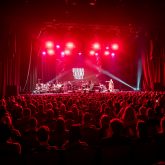 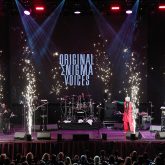 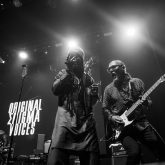 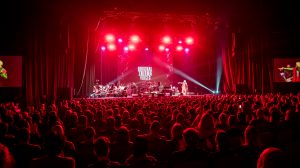