The Californian formation The Neighborhood, also known as THE NBHD, will perform 3 concerts in Poland, in 2021! The concerts are part of a European tour. The Neighborhood group creates rock music. The band became famous almost 10 years ago – in 2012, after their first single was released – ‘Sweater Weather’. This album achieved double platinum in the USA. So far, the musicians have released four studio albums, covered with gold – ‘I Love You’, the second – also very highly rated ‘Wiped Out!’. The group’s third album, simply entitled ‘The Neighborhood’, was released on March 9, 2018. The songs from the last album include: ‘Flowers’, ‘Scary Love’, ‘Nervous’, ‘Void’, ‘Softcore’, ‘Blue’, ‘Too Serious’ and ‘Stuck With Me’. The artists also have several EP releases. In 2012, two mini-albums of the formation were released, ‘I’m Sorry’ and ‘Thank You’. A year later, the group released another EP entitled ‘The Love Collection’. In 2017, however, the premiere of the mini-album entitled ‘Hard’ took place.

The group latest album from 2020 – Chip Chrome The Mono-Tones you can listen here: https://thenbhd.lnk.to/CCTMTPS

‘Middle of Somewhere’ music video from 2019. became an inspiration for the band’s new work, it allowed for an evolution in the sound and contributed to the intense work on the next album. The songs that you can find on this album: ‘Chip Chrome’, ‘Pretty Boy’, ‘Lost in Translation’, ‘Devil’s Advocate’, ‘Hell or High Water’, ‘Cherry Flavored’, ‘The Mono-Tones’, ‘BooHoo’, ‘Silver Lining’, ‘Tobacco Sunburst’ and ‘Middle of Somewhere’.

They perfectly show how rock should sound like in the 21st century. The musicians have also collaborated and recorded with artists from the world of rap (including YG, Raury, Danny Brown, Dej Loaf, French Montana, Casey Veggies) creating a mixture of completely new sounds, the ones they love and feel best, it is mainly a rock mix, hip-hop and pop. It is pop that connects them strongly, there is nothing more valuable or more engaging for them than good pop music. The advantage of the group is also that they are fully aware of what they are creating and what they are striving for. The band always sold out all their concerts, they played in the United States, Europe and Russia. 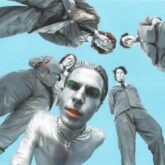 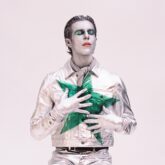 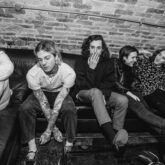 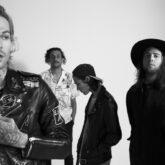 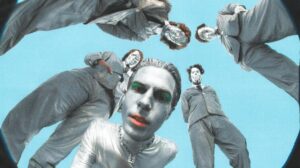